“My son is already writing his name and knows his numbers. It’s been surprising to see how much he’s learned in just two months.”

“My daughter Malayah (2 years old) is enrolled in Early Head Start at New St. Paul Head Start and my son Malachi (4 years old) is in Head Start at a nearby location. They’ve been going for a couple of months now.
With the criteria for kindergarten, I think Head Start is the best place for them to get the educational basis they need to do well. I don’t know exactly what they need to know going into kindergarten, and they get that here with Head Start.
These are my babies, so I was nervous of course. You can never be too careful with your children. It’s been surprising how well the kids have adjusted though. It’s helping at home too. After they’re done eating, they clean up their plates!
There were home visits with Early Head Start to ease my daughter’s transition. We knew who her teacher was going to be before school even started. That was great – to know who my child was going to be around.
Malayah can be a little shy, so it took her a bit to open up. Now, she loves it! She packs her bag. She knows she’s going to school in the morning.
Malachi is doing well in Head Start too. He’s already writing his name and knows his numbers. It’s been surprising to see how much he’s learned in just two months. He’s doing even more than I thought he should be doing at this age.
I just think Head Start is the best way to go.” 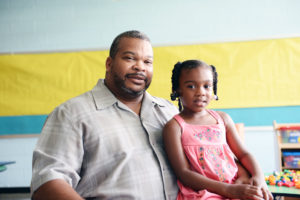 TYRONE: “What the kids learn is going to stick with them for life” 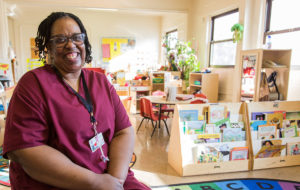 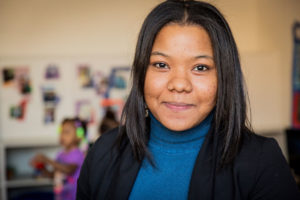 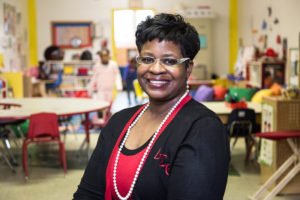